Will, A Faithful Volunteer
17834
post-template-default,single,single-post,postid-17834,single-format-standard,bridge-core-2.2.1,qode-page-transition-enabled,ajax_fade,page_not_loaded,,qode-child-theme-ver-1.0.0,qode-theme-ver-25.6,qode-theme-bridge,qode_header_in_grid,wpb-js-composer js-comp-ver-6.10.0,vc_responsive

Will, A Faithful Volunteer

Home > Stories  > Will, A Faithful Volunteer 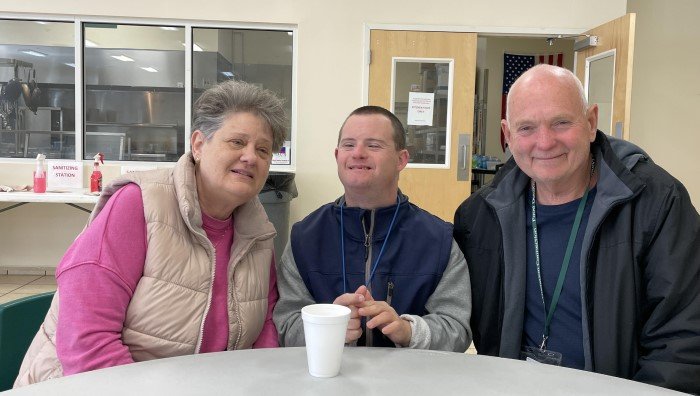 17 Feb Will, A Faithful Volunteer

Posted at 13:48h in Stories by Amy Freeze

When John and Marcy Clark were looking for a meaningful place for their son Will to contribute his time and talents after he completed his education at Lake Norman High School, they turned to Fifth Street Ministries.

Will, who was born with Down syndrome, has been helping out at the Statesville nonprofit since 2009. After volunteering for eight years, he’s now been a part-time employee for about five years.

Accompanied by his parents, he helps with regular trips to Food Lion, Starbucks, Chick-fil-A and 7-Eleven to pick up donated food items. He also helps with setting up the dining room, vacuuming and cleaning the conference room and bathroom.

“It is always a pleasure to see Will in the mornings,” Executive Director Michele Knapp said. “His spirit and willingness to help bring joy to the staff as well as those that we serve. Will is a very important part of the Fifth Street family.”

Will’s parents are appreciative of the opportunity that former Executive Director Patti West gave their son when they first inquired about him helping out, saying that Fifth Street has become like a second home for Will.

“We always wanted Will to work, to be productive and a have a place in society,” Marcy said. “Will wants to be out among typically developing peers and interact and socialize.”

Will had previously worked in a fast-food restaurant, but the work and pace at Fifth Street have been a better fit. Whether he’s helping sort clothes or helping stock the pantry for the nonprofit’s kitchen, Will is well suited to the work and the pace. He can take his time and make sure the job is done right.

“He uses his muscles,” John said. “He sleeps a lot better after he works here. He likes the physical part of it.”

“He’s very proud of the work he does,” Marcy added.