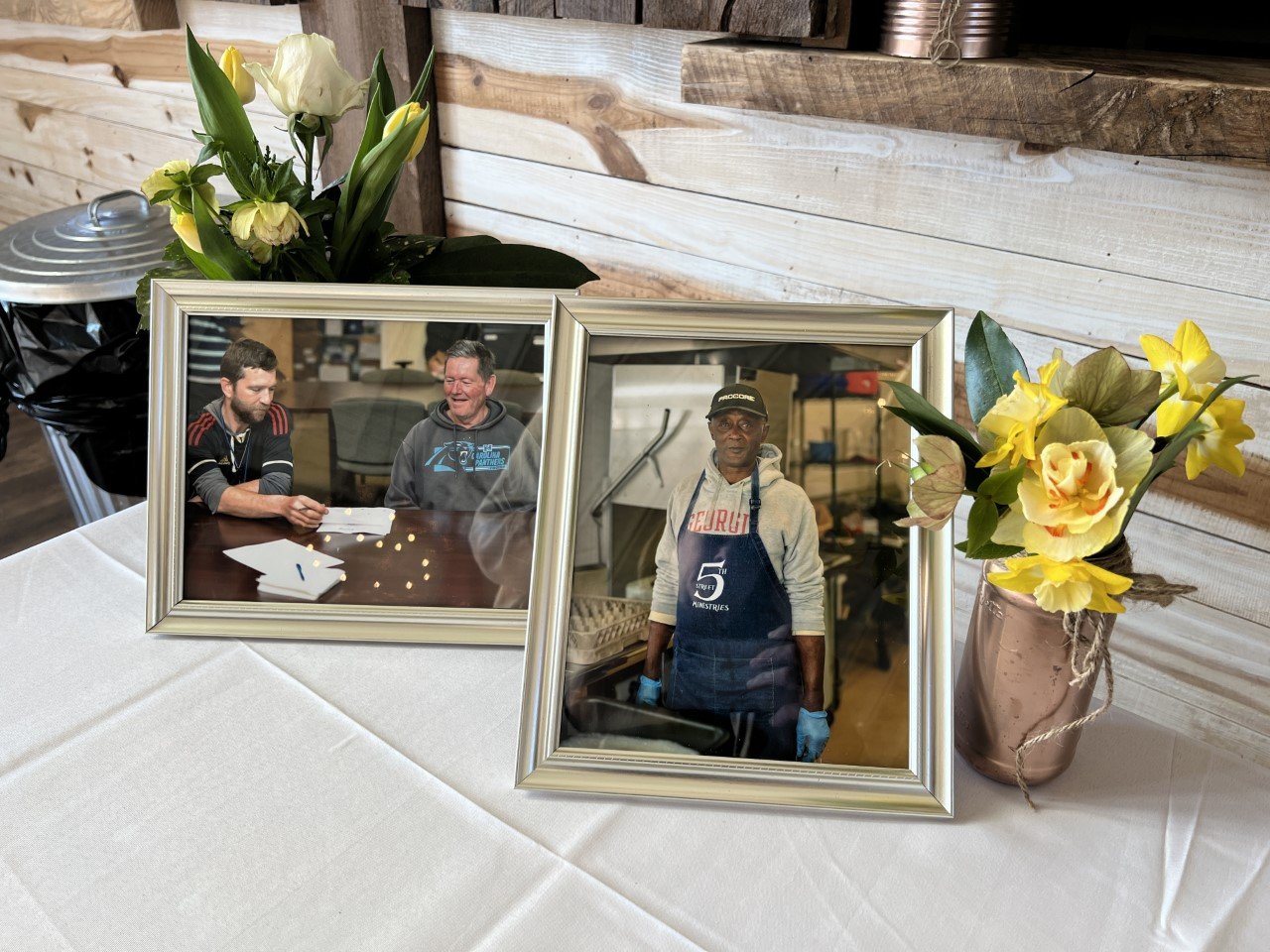 Posted at 18:23h in Guest Stories by Amy Freeze

Elliotte Blackwell has a calmness about him that is contagious. Working at Fifth Street Ministry‘s PATH House and the Veteran’s Home, that calmness is both welcoming and warming to someone in crisis.

Blackwell inspires confidence that he can help people find solutions. He has had to do the same for himself.

Growing up in Statesville. Blackwell said he suffered from depression even as a child. When he told his dad about it as a teenager his dad said “Just deal with it”.

Like many people, getting help for depression was not on his dad’s radar. It was not something most people he knew did, so he had no other solutions for his son.

Blackwell persisted, though, and got help in his twenties and thirties for his depression.

Blackwell went through a breakdown in his thirties, though, and checked himself into a facility at the time. When he got out, he stayed close to his parents.

Grief was a huge trigger for him. When his mom died, he lost the will to engage in life. He self-medicated and did not get help for his depression. His father’s death also led him to spiral. He ended up in Charlotte’s homeless system.

A humble and quiet man, Blackwell was often overlooked in the larger city shelters, where attention often went to those making more noise.

It wasn’t intentional – there were many with needs.

“I just got lost in the system.”

After about a year, he decided to return to Statesville, where he was noticed and helped by the people at Fifth Street Ministries. He said that gave him a stable foothold.

He received help from Daymark Recovery Services for his mental health issues. Once he got stabilized and on a prescription medication for his depression, he got involved with different self-help programs like Alcoholics Anonymous, Narcotics Anonymous, and Celebrate Recovery.

After a year and a half, he was able to go off the medication for depression. He said the help he received allowed him to come to terms with the fact his parents were gone and move past the things that were bringing him down. He learned different ways to cope.

Blackwell credits Patti West, the former executive director of Fifth Street Ministries, and her encouragement, patience, and passion, for especially helping him through his transformation. It was because of his experience at the shelter that made him want to reinvent himself and be part of the ministry.

Blackwell got certified as a Peer Support Specialist and currently works with two programs at Fifth Street, the PATH House and the Veteran’s Home, to provide motivation and support to others who have some of the same problems he did.

“I understand what they’re going through and I will try to encourage them to go to shelter services or others agencies to find a stable environment to get their lives together.”

Working in the ministry is one of the tools that he uses to create balance in his life. He also says he has become more self-aware.

“I just had to return to the basics – to the simple things,” Blackwell says.

Now he helps others recognize those basics and get the help they need to change their lives. He turned his depression into a new kind of vision, and this community is better as a result.